for a further two seasons. 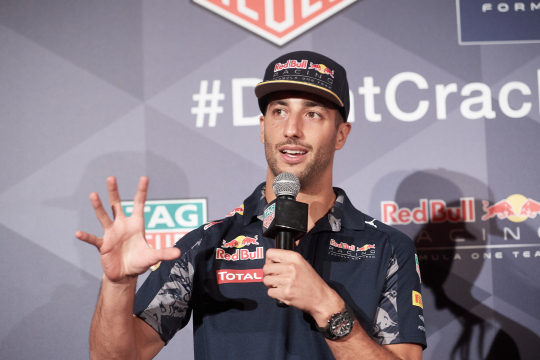 To coincide with the last Formula One Grand Prix of the season, Marc Biver, TAG Heuer Global Sports Director, and Christian Horner, Team Principal of Red Bull Racing, jointly announced that Red Bull Racing will continue to run with TAG Heuer branded engines for two more years, through the 2018 season.

Marc Biver, TAG Heuer Global Sports Director stated: "Formula 1 is part of TAG Heuer's DNA. Red Bull Racing is a young, dynamic and driven team, perfectly in tune with our marketing strategy. This extension will give us even greater visibility, with a real focus on the future. We have a lot of different projects ahead of us in 2017, projects which are both creative and exciting. Our motto #DontCrackUnderPressure is our guiding principle in all our actions, with the support of the Red Bull Racing team and its highly contagious enthusiasm."

Christian Horner, Team Principal of Red Bull Racing added: "I am very pleased to be extending our engine partnership with TAG Heuer today. TAG Heuer and Red Bull Racing are two brands which both have a passion for racing and a drive to do things differently, and this forms the basis of our partnership. The TAG Heuer motto of ‘Don’t Crack Under Pressure’ is something that we at Red Bull Racing live by day-to-day, so we look forward to helping TAG Heuer tell that story in the seasons ahead.”

Already the Official Timekeeper, Official Watch and Team Performance Partner of the Red Bull Racing team, following an agreement signed in December 2015, it was the team's atypical approach to sport, performance and entertainment which appealed to TAG Heuer and which continues to be perfectly in line with the avant-garde Swiss watch brand's marketing strategy. 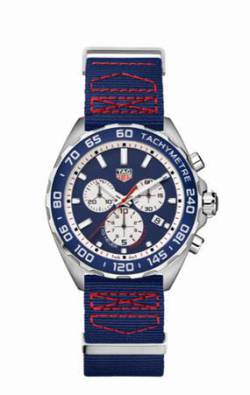 Beyond the visibility generated simply by featuring in the team designation which appears throughout all race broadcasts, TAG Heuer can also be seen on the drivers’ helmets, their gloves, race suits, as well as on the team uniform and, of course, on the cars themselves; on the engine cover and chassis top.  Naturally, the brand will also be supporting the team on their wrists — either with connected watches, with Formula 1 or with Carrera Heuer 01 models exclusive to the team.

TAG Heuer is also the founding partner and Official Timekeeper of the FIA Formula E Championship, Official Timekeeper of the legendary Carrera Panamericana and Pike's Peak in the USA, the Goodwood Festival of Speed, the Automobile Club de Monaco (ACM) and the Monaco and Macau Grands Prix, the Indy 500 in Indianapolis, and the Patrick Dempsey Racing team and WTCC endurance race. Ayrton Senna and Steve McQueen also remain members of the TAG Heuer family of ambassadors.