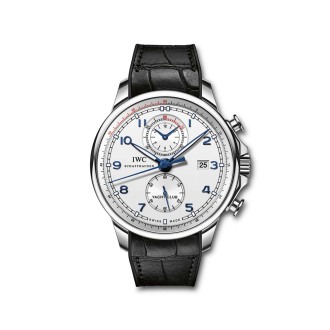 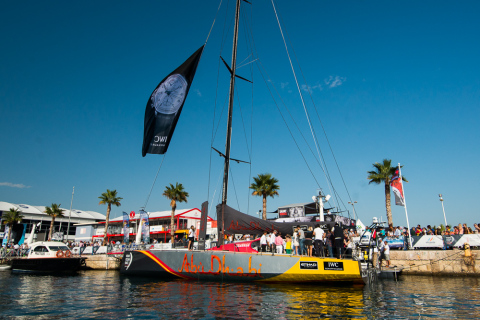 Schaffhausen/Alicante, 9 October 2014 – The Volvo Ocean Race is back. From the start in Alicante in October 2014 to the final destination in Gothenburg in June 2015, seven teams will be battling for victory under the most extreme conditions. IWC Schaffhausen will be at the heart of the world’s toughest offshore race as Official Timekeeper for the second time, and celebrates the event with a special edition: the Portuguese Yacht Club Chronograph “Ocean Racer”, limited to 1,000 watches. IWC is also consolidating its partnership with the Abu Dhabi Ocean Racing team, which is taking part in the race for the second time, too. 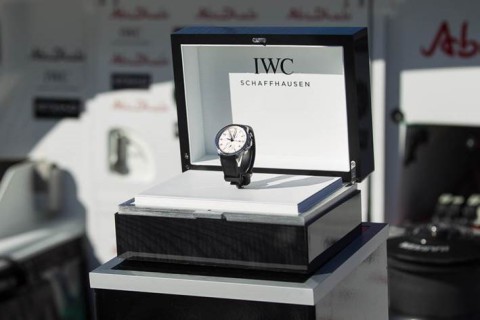 “The Volvo Ocean Race stretches the world’s best sailing crews to their limits,” says IWC CEO Georges Kern. “We are proud that for the second time we are the event’s Official Timekeeper, partners to the Abu Dhabi Ocean Racing team and sponsors of the 24-hour speed record: it puts us at the very centre of international sailing.” This year’s round- the-world race sees the first appearance of a one-design boat class: the Volvo Ocean 65, which measures over 20 metres in length. For the first time in more than 10 years, an all-female crew will be taking part, with crewmembers from all over the world. In the course of a trial of endurance lasting nine months, the teams will make nine stopovers and one pit stop and cover a total of 38,739 nautical miles, or 71,745 kilometres. In view of the wind and weather conditions, particularly in the Southern Ocean with waves of up to 30 metres in height and wind speeds reaching 110 kilo- metres per hour, the race is considered one of sailing’s toughest challenges.

A watch to celebrate the circumnavigation of the globe

Befitting the unique sporting challenge, the new Portuguese Yacht Club Chronograph “Ocean Racer” (Ref. IW390216) from IWC Schaffhausen is a distinctly masculine sports watch. “We’re dedicating this watch to the teams’ sporting spirit and their commitment to extreme racing,” says Georges Kern. After all, levels of precision, which are on a par with those of nautical instruments, are part of the genetic make-up of any member of the Portuguese family. This manifests itself not least in the large size of the case, which, with a diameter of 45.4 millimetres, provides ample room for the IWC-manufactured 89361-calibre movement. The eye-catching timepiece thus has one of the most modern and robust chronograph movements available, featuring a fly back function and aggregate timing of up to 12 hours, shown by an analogue display with two hands in a subdual. It is water-resistant to 6 bars and is the only Portuguese model with crown protection as well as luminescent hands and indices. Equipped with these technical features, the watch is a reliable partner in any situation. In an allusion to extreme sailing, the 360-degree rotor is modelled on a ship’s wheel. The timepiece is supplied with a black rubber strap featuring an alligator leather inlay. 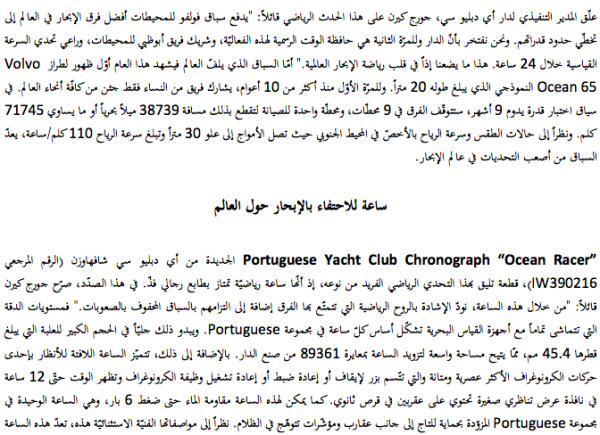 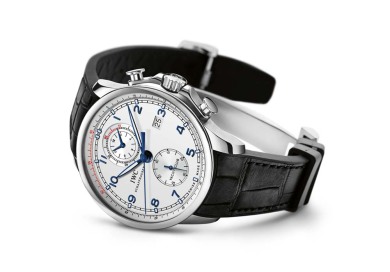 A big watch with a grand tradition

Probably the most spectacular of all off-shore sailing events, the Volvo Ocean Race starts on 4 October with an in-port race at Alicante in Spain. The crews then battle it out on four oceans taking them to five continents, before the victorious crew reaches Gothenburg in Sweden in June 2015. Knut Frostad, CEO of the Volvo Ocean Race, is pleased to have IWC Schaffhausen on board as Official Timekeeper for the second time: “With its well-deserved reputation for precision and its innovative spirit, IWC is the ideal partner for us.” In addition, IWC offers a special prize to the team that covers the greatest distance in any one 24-hour period. All the crews will be eager to secure the coveted IWC trophy because, at the end of the race, the Swiss watch manufacturer will present each member of the crew that covers the single greatest distance within a period of 24 hours during the course of the entire race with a Portuguese Yacht Club Chronograph “Ocean Racer”. 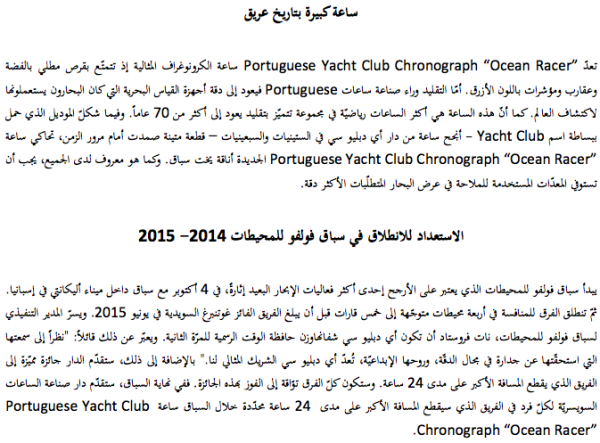 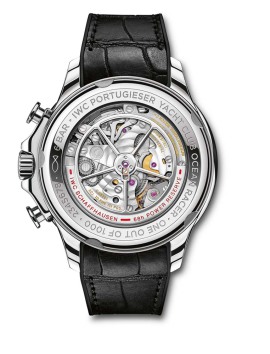 IWC Schaffhausen has renewed its commitment as official sponsor of the Abu Dhabi Ocean Racing team, which took part in the last race as the first Arab challenger in the history of the Volvo Ocean Race. Two-time Olympic silver medal winner Ian Walker, who is once more in charge at the helm, is delighted that the partnership has been renewed: “We are proud that we can count on IWC’s support again. Our crew is a true international mix, and includes members from the previous race, and some new faces, all of whom are in the elite category of world-class sailors. We aim to win this race, and thanks to our sponsor have exactly the reliable backup we need.” Just as well, then, that a watch with the credentials of the Portuguese Yacht Club Chronograph “Ocean Racer” will be out there with them.

With a clear focus on technology and development, the Swiss watch manufacturer IWC Schaffhausen has been producing timepieces of lasting value since 1868. The company has gained an international reputation based on a passion for innovative solutions and technical ingenuity. One of the world’s leading brands in the luxury watch segment, IWC crafts masterpieces of Haute Horlogerie at their finest, combining supreme precision with exclusive design. As an ecologically and socially responsible company, IWC is committed to sustainable production, supports institutions around the globe in their work with children and young people, and maintains partnerships with organizations dedicated to climate and environmental protection. 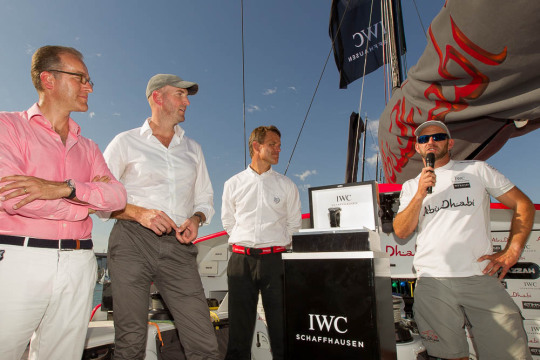