The third annual Salon des Grandes Complications opened its doors on Monday 7th November 2016 in the presence of H.E. Essa Kazim, Governor of the Dubai International Financial Centre (DIFC). Taking place once again at DIFC, the highly anticipated watchmaking exhibition is open to the public until 10th November 2016.

The Salon offers a unique platform for world-class watchmakers and Middle Eastern enthusiasts to connect, and the opportunity for collectors to purchase sought-after timepieces that may not be seen elsewhere. New collections, much-loved icons and all-new innovations are on display, with several leading craftsmen demonstrating their expertise. Luxury writing instruments are also incorporated within this year’s event.

H.E. Essa Kazim welcomed the Salon des Grandes Complications back to DIFC, stating, “It is once again a privilege to host one of the world’s great watch events in DIFC. As the leading financial hub for the Middle East, Africa and South Asia and fast becoming a top regional luxury and cultural destination, the Centre provides a platform for people to trade, partner and share knowledge in an iconic setting. Watches, with their enduring appeal as a timeless investment and a symbol of connectivity and innovation, have a strong affinity with the DIFC, making it the ideal venue for the Salon.” 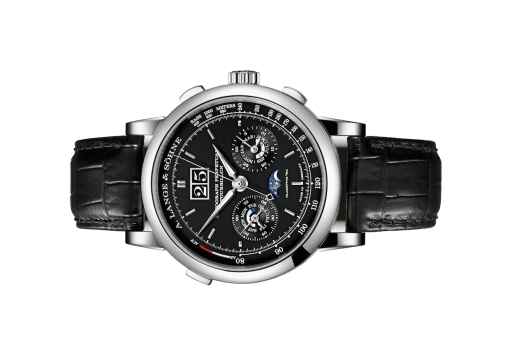 Special timepieces at the exhibition include A. Lange & Söhne’s technically impressive Datograph Perpetual Tourbillon which pairs three complications with five supplementary functions and is limited to just 100 pieces, Armin Strom’s new breakthrough Mirrored Force Resonance, making its Middle Eastern debut at the Salon and featuring a completely new movement based around a dual balance wheel escapement, and Arnold & Son’s harmoniously symmetrical Nebula with a three-dimensional openwork movement and dial which offers views into the heart of the in-house manufacture calibre.

B.R.M Chronographes will showcase the R50, an extraordinary titanium chronograph influenced by the design of motor racing machinery, Champs Élysées its Estelle Sapphires, an elegant masterpiece crafted in sapphires and diamonds inspired by the famous Place de l’Étoile, and Christofle its Baroque

Grandfather Clock, which combines meticulous design and fine mechanical skills and is available in an exclusive edition of 50. Cvstos’ Tourbillion KOI pays homage to Japan, combining high performance watchmaking with creativity and art, and Czapek & Cie is presenting its Quai des Bergues N°33 bis, which owes its design to a historic pocket watch dating from 1850. 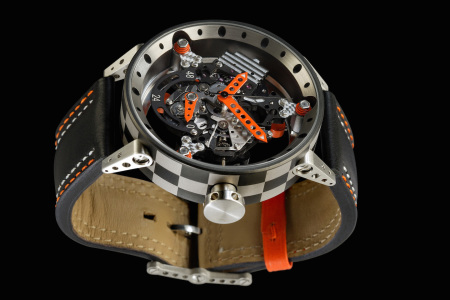 DeWitt’s highlight is the Academia Skeleton, a manually wound skeleton movement with a seconds hand that jumps and changes direction to mark 30 seconds, for Erwin Sattler, the Atlantis Orbis precision clock featuring a gimbal suspension and world time display integrated into a table that is exceptionally clear takes centre stage, and Kerbedanz, its Tree of Life - a symbol of immortality with branches that reach towards the sky in a ceaseless quest for perfection, and roots that connect with Mother Earth. For Louis Moinet, the spotlight is on its Memoris 200th Anniversary, the first educational chronograph in history that pays tribute to Louis Moinet’s Compteur de Tierces invented in 1816.

Adding Italian flair, design and exclusivity to the event, Al Tayer Motors, the official dealer of Maserati vehicles in the UAE, is unveiling the 2017 Maserati Quattroporte. After three and a half years of unprecedented success in international markets, the Quattroporte has undergone a substantial restyling that accentuates its elegance and its signature Maserati personality. 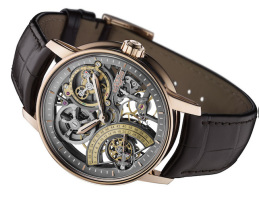 Montegrappa is previewing its Limited Edition Jean Alesi Chronograph, which pays homage to the racing car legend Jean Alesi and is limited to 300 pieces, and Parmigiani Fleurier is presenting the Tonda Métropolitaine Sélène, a ladies' piece dedicated to the depiction of the moon phases and incorporating a new in-house movement, amongst others. The LAB model showcased by Perrelet heralds a new casual chic collection and remains true to the values and DNA of the brand with its signature “dial in motion” and Rebellion’s 540 Magnum Tourbillon features a sapphire crystal case that pushes the art to extreme limits and takes the magic of transparency to new heights.

Also featuring is Roger Dubuis’ highly technical Excalibur Automatic Skeleton which has a newly developed in-house caliber featuring a skeletonized micro-rotor, demonstrating the Manufacture’s mastery of architectural and technical mechanics. Tibaldi will highlight its New York Collection of writing instruments, inspired by the city’s skyscrapers that encompass its distinctive architecture, and Urban Jürgensen its Ref 1741 from the Jürgensen 1745 Collection, a hand-crafted platinum piece with a perpetual calendar, leap year indicator, moon phase and central seconds equipped with a Grenage dial.

Vacheron Constantin is showing the Traditionnelle Chronograph Perpetual Calendar, equipped with the new Manufacture Vacheron Constantin Calibre 1142 and appearing in a 950 platinum version, Vianney Halter his Deep Space Tourbillon, featuring a sapphire dome mounted on a round shaped titanium case and housing a big triple axis tourbillon in the centre of the watch, and Visconti the very limited edition Falconer pen which embodies the essence of the hunting falcon, as well as prestigious watches.

Voutilainen is highlighting the Scintillante, which merges watchmaking traditions with the innovative character of a luxurious jewellery piece and features 423 gemstones in autumnal hues, and finally, William Wagner Geneva the Horology No1 Ltd Edition fountain pen, crafted by a master Japanese artist using the Maki-e Urushi technique and featuring a platinum lacker watch movement design.

The Salon is spread across two halls – the first located at the entrance of DIFC’s building number 5 (same road as The Ritz-Carlton) and the second in the Atrium of building 6. Opening hours are 12pm to 9pm each day.